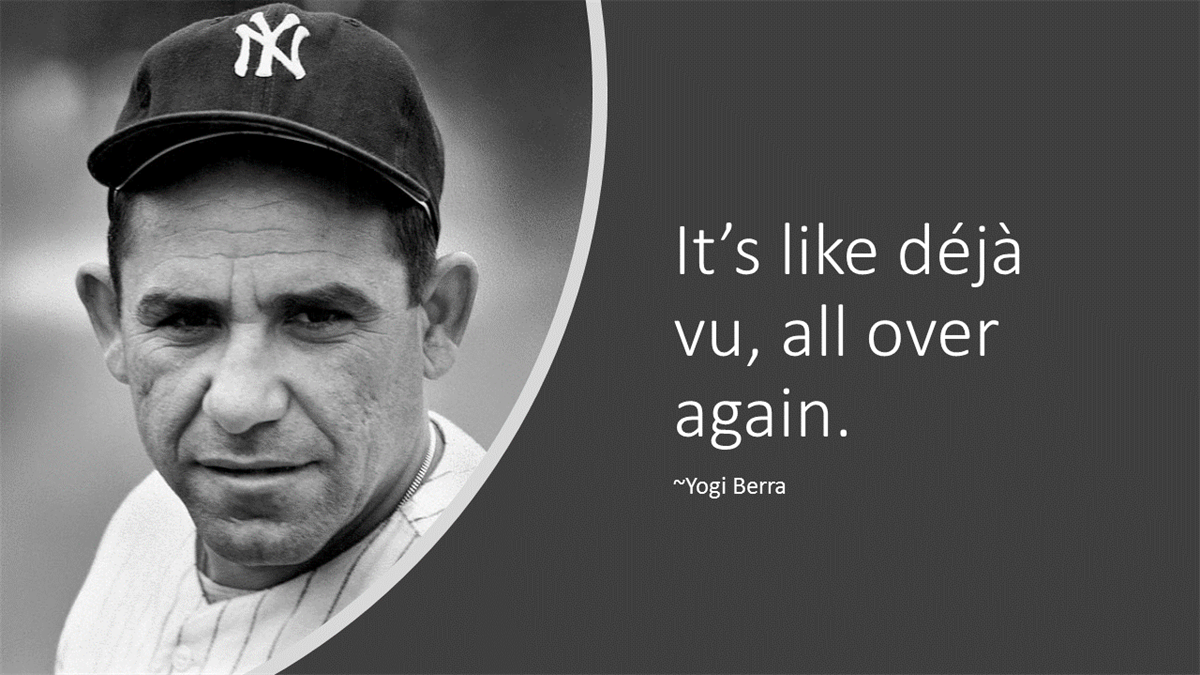 Markets and Elections - Deja vu, all over again!

Back in the fall of 2012, I met a gentleman to discuss his financial planning and wealth management needs. During the interview, he shared with me that he was intensely concerned about the upcoming election and its impact on the investment markets should a specific candidate and political party emerge victorious. He was so concerned, in fact, that he had recently liquidated his entire portfolio, moving entirely into cash. He firmly expected a severe market correction and economic tailspin would ensue. The idea was that he would buy back in when the stock prices were at much lower levels.

Needless to say, he didn’t want to become a client right away, and asked that I follow up with him in 6 months. What began at that point was a cycle of checking in promptly every 6 months, only to be told that he was “staying put” because of some looming concern in the political world and its economic consequences. He would request we check back in after said crisis was past and we could begin working together. The final conversation came in the fall of 2016 when we made our scheduled check in, and he told me how he was intensely concerned with the upcoming election and its impact on the markets, should a specific candidate and political party emerge victorious.

As the great philosopher, Yogi Berra once remarked, it was déjà vu, all over again.

Four years went by and the crash that he kept expecting never materialized in any substantial way to give him the signal he was looking for to get back into the markets. So, what did happen in the time that this investor spent holding his entire portfolio in cash?

In a period when asset values were steadily appreciating, this guy held his portfolio in a static asset, cash, under the notion that a market crash was imminent.

Now, the lesson here is not that market corrections don’t happen. Nor is the lesson that we should ignore developments in the broader economic environment.

The lesson here is, as in most things in life, to take a balanced perspective. The fact is there are always potential landmines and other threats that may loom just around the corner. However, if we broaden our view and take a long-term perspective, we see that markets provide us an excellent opportunity for growth despite all the short run ups and downs. Just as it would be foolish to not have reserves of “rainy day funds” to weather short term disruptions of income or sudden expenses, so too is it foolish to place too much emphasis on perceived short-term threats. The secret is to find a balance between long term opportunity and short-term adversity.

The sad fact is this gentleman suffered a real loss of wealth in the form of missed opportunity cost. Anxiety lead him to make a poor decision regarding a portfolio he would not need to access for another 15-20 years. Had he worked with an advisor and followed a comprehensive financial plan, chances are many of his fears and worries could have been lessened or mitigated, allowing him to take a more balanced and, more importantly, rational approach in the face of uncertainty.

This past year, I have had similar experiences. I have heard people fretting about the election, over this policy or that political candidate. The same fears that drove the gentleman I met in 2012 were being voiced by others in 2020. While nobody can say for certain what the investment markets will do, focusing on fundamental, time tested principles, and exercising discipline is probably going to put a person in a better position over the long haul, than making decisions based on emotion and relying on luck.